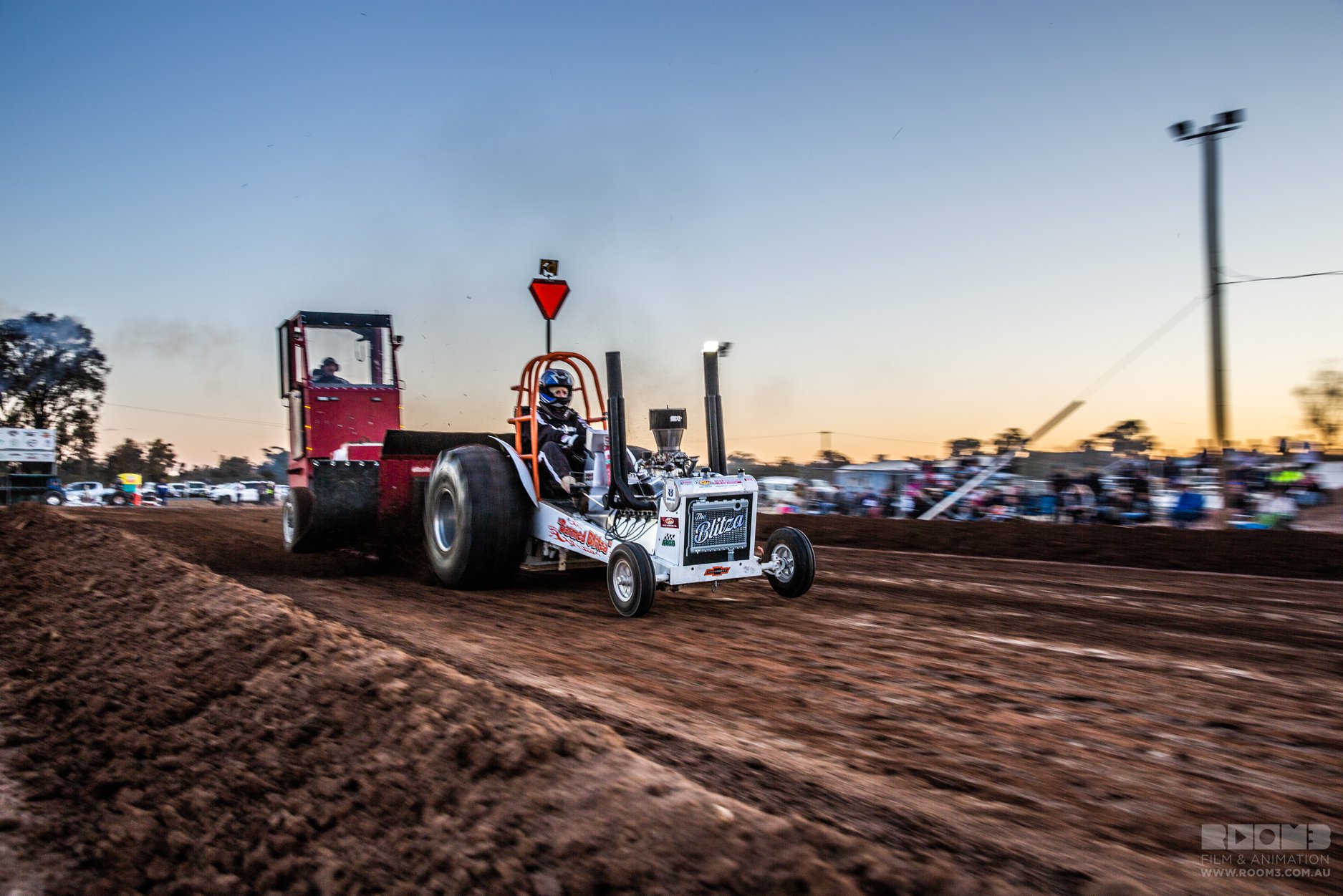 Well what a start to the Down Under MTPA season, Barmedman sure know how to put on a show and again they did not disappoint. Those arriving on the Friday afternoon were greeted with the usual hospitality from Barmedman Golf Resort directors Brendan and Mandy Wells. Again on offer was a quick round of 9, a dip in the heated pool and a roast meal before the event.

Starting the day off in spectacular fashion was the burnout competition with competitors showing the crowd what limiter bashing is all about. Local lad Drew with his big block and crowd favourite Blake in the cruiser providing a great addition to the Barmedman Modified Tractor Pull. Bring more of them next year was the vocal chant from the crowd!!!

Down Under action on the track started with the Cornfoot brothers Norm and Brendan delivering consistent fast runs under full power. Rumour has it our sled operator Lord Flavell had to consult his ‘little black book’ to find the secret setting that would pull them up. A great demonstration of diesel, boost and grippy Barmedman track conditions.

What’s better than a Landcruiser with a big block? Watching Greg Abrehart drive Sudden Impact from inside the cab. Maybe a bit rusty was the suggestion from his son Jack but on good authority, I was informed that the wild in cab footage was all done to ‘put on a show’ for the loyal Barmedman spectators. Check it out on our socials as well. The return of Dear Diff to the Limited Modified Class provided added competition and proved to be a crowd favourite. It’s always close pulling in this class with every little advantage being an asset. Weight changes, tyre pressures and tactics are becoming hot property in this class.

Another notable inclusion for the event was the newest Outlaw Mini ‘UPROAR’ driven by Jared Cole. Let me tell you this young man will be a real threat in the coming months, he’s not afraid to give it a rev either. Keep your eye on Jared as this build has been guided by master tuner and crowd favourite Gary Johnson of Stampede. Westy's new rebuilt engine in Tommy's Toy came out in front, with Blown Income II second & Stone Cold close behind in 3rd

We also welcomed Dale, Laurinda & Hunter Wells to the Down Under Modified Tractor Pulling Association this season. Dale has returned to tractor pulling with his absolutely off tap Super Mini ‘JAWS’. Pre-event discussions revolved around Dale being a little nervous but by the sound of the 400 cube tunnel rammed twin carbied brute singing at 7,500 rpm, any hesitations about the grippy and dustless track were averted. True to style it was hold it flat at all costs for JAWS. This class is one to watch with an increasing number of Super Minis on board for the Down Under MTPA season.

In the Mini Modified department a couple of changes were noticed with Mid Life Crisis, Ruptured Duck III and the Barmed Blitza (see below for special report on the Blitza). Kevin and his Mid-Life Crisis team had a manic preparation period leading right up to the event. The magnificent fresh paint and fresh shiny stuff resulting in a very well presented tractor. Well done, already a contender for best presented no doubt!

Regular Ruptured Duck III pilot Adam Stevens having prior commitments was not going to stop them putting on a show for Barmedman. Replacing him was always going to be hard but substitute driver Jason Pumpa went alright. Specific instructions from Team Principal Graham Stevens must have been followed as the Duck comprehensively blew them away all day. An overall win and a first place trophy for Jason’s pool room. A great result for the Queensland team.

As mentioned on our socials we have an inclusion to our event reports. A special friend within Down Under MTPA code named ‘828’ has been tasked with a fact finding challenge for each event. His input for this report has proved controversial to say the least.
Questions were asked, allegations made and robust discussions conducted regarding the obvious power gains from the Barmed Blitza. The curious posse of concerned competitors (and 828) are still none the wiser on what mods have been performed during the off season! Playing a straight bat to a number of challenging questions from the Beats Work'n driveline and servicing manager rendered their attempts fruitless didn’t they Harry! Whatever has been done, it has been done well, powering Harry and the new tough as Barmed Blitza to a second place for the day on their home track.

The post event de brief soon turned from who broke what and who needs to fix this to the next event on the Down Under MTPA calendar. Tooradin is always a highly professional event with a huge amount of attractions to be seen. Truck show, burnouts, tractor pull, amusements and stalls to name a few. Keep your eye on Matt and Charlie in Disorderly Conduct, Ray, Jack and Abbey in little Willey (hopefully no black flag disqualifications for Abbey this time), Greg Abrehart in Sudden Impact and Graham Gray in Dear Diff will all be looking to put on a great show at their home track. Check our socials for more info and updates as they occur.

A massive Thank You to Brett Harris and his team of champions for the modifications to the mini sled (renamed ‘DIRT DYNO’), well done men. This paves the way for our new mini sled operator Deshaun Crewin-Smith to ply his skills at providing fast and spectacular pulling. See you at Tooradin, 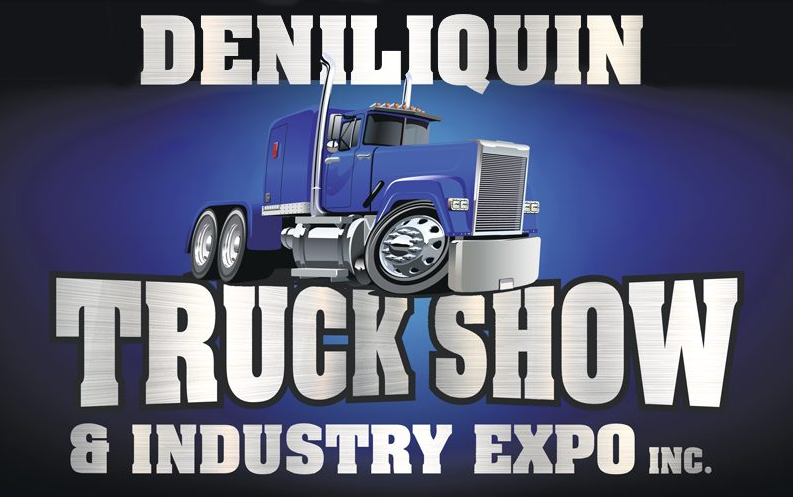 DOWN UNDER MTPA TO GO ON DISPLAY AT DENI TRUCK SHOW

Down Under MTPA have been asked to display some tractors atthe Deniliquin Truck show this year. This is short notice, so presently the executive have undertaken the responsibility to attend on behalf of the association this year. The date being the 26th October 2019. If any member is very
keen to attend please contact Brendan or Judy. 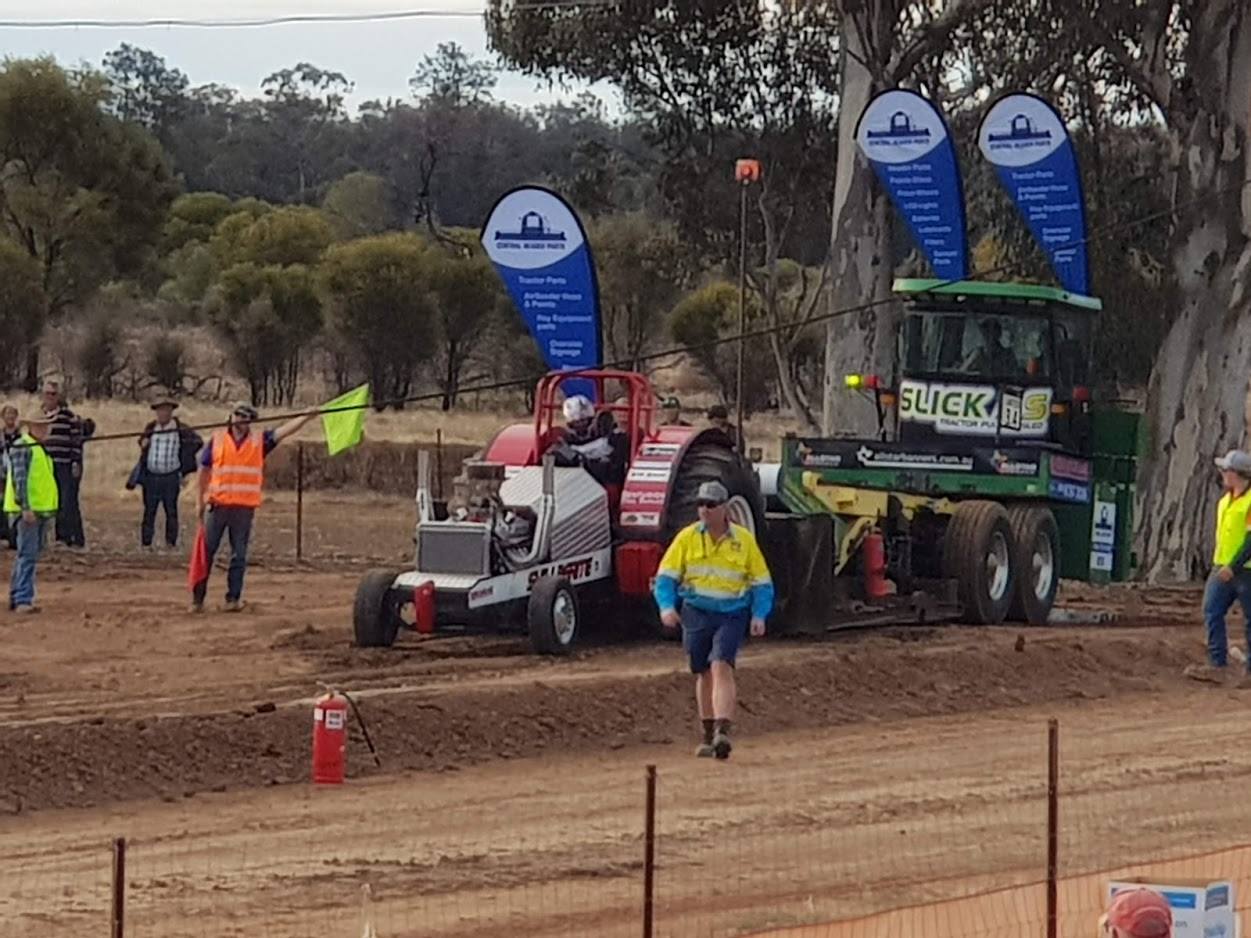 CENTRAL HEADERS PARTS JOINS DOWN UNDER MTPA AS SEASON SPONSOR

Welcome to our new sponsor Central Header Parts from Ballarat. Dean and the team have come on board for the remainder of the season.

Dean was so excited to be our new sponsor that he drove from Ballarat to Barmedman on Friday with his collection of Tear drop banners to attach
to the big sled & big tractor rollcages. 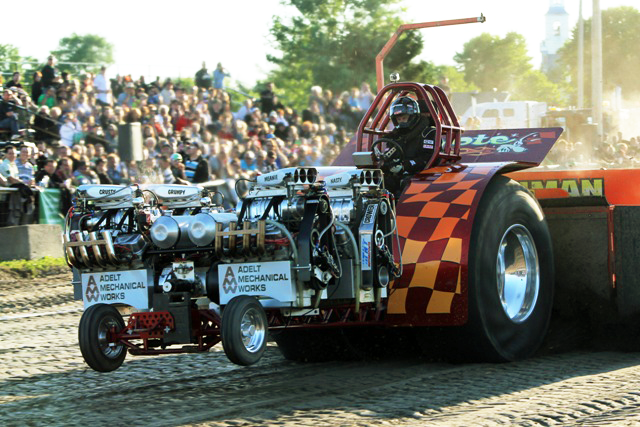 Long time Tractor Puller Peter Mann from Bendigo has imported his first tractor from Canada during the off-season. This will be Peter's fifth tractor he has campaigned since he and his family began Tractor Pulling in the early 80's. Those familiar with Tractor Pulling will know the families first tractor - Supamann II, then Jet turbine powered Black Velvet, ex WA tractor Pure Insanity, the Steve Schmidt powered import - 2WD Truck Bad Attitude and now 'COYOTE'. With 4 x 572ci Blown - Rodeck powered, Tim Engler built chassis that has competed in Canada and also made appearances at the National Tractor Pulling Championship at Bowling Green. Peter spent time with the Robinson's in Canada, using that time getting used to the Monster, Peter enjoyed his time in the seat taking out a win in his first event.

To see more footage of Coyote in action at Bowling Green go to: COYOTE in action 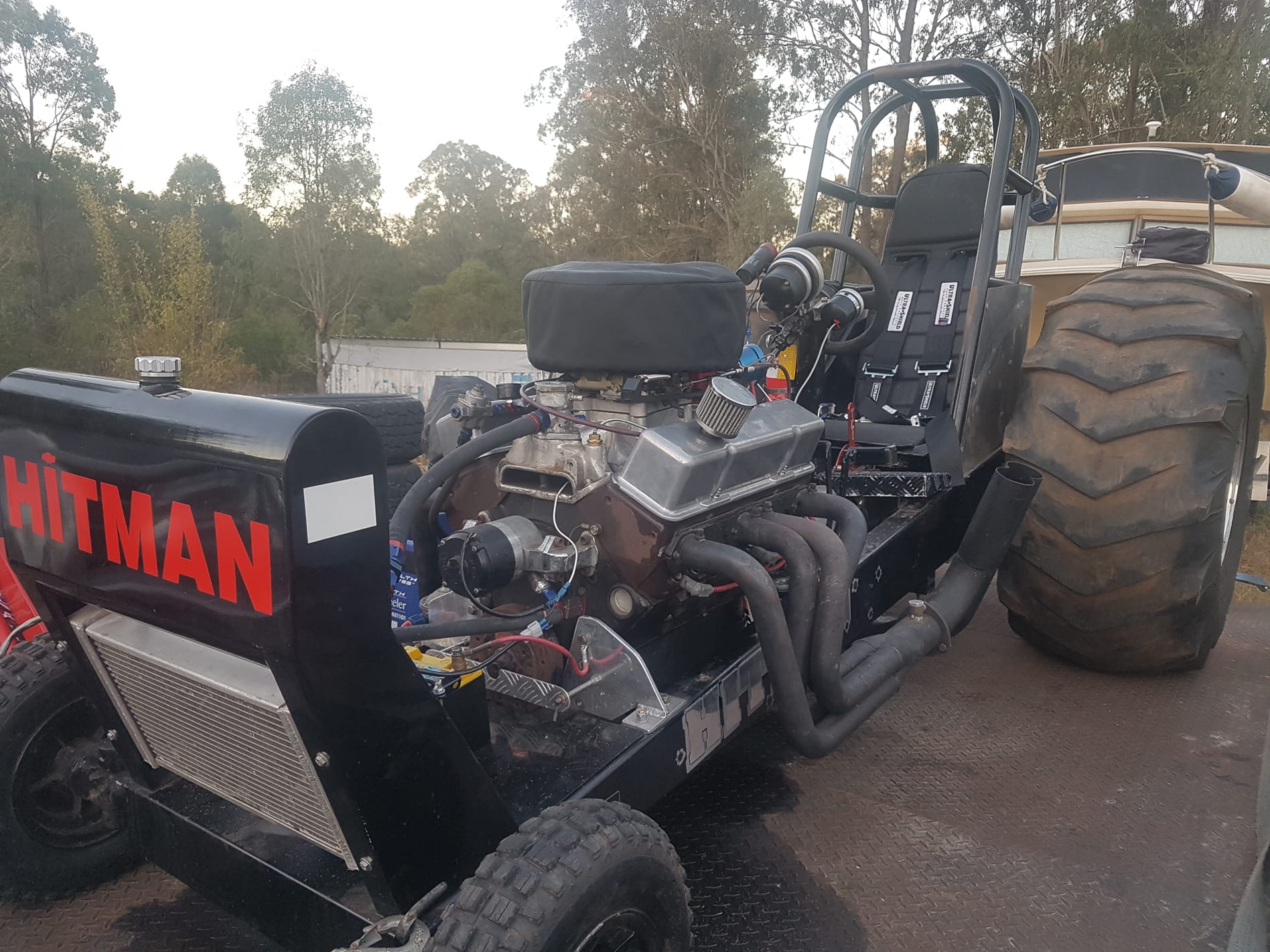 After Ruptured Duck was a right-off on the way home from Barmedman last year. The Stevens boys are back with HITMAN for this season at their new home track at Biddeston next weekend. Just a few little things to go and its ready.